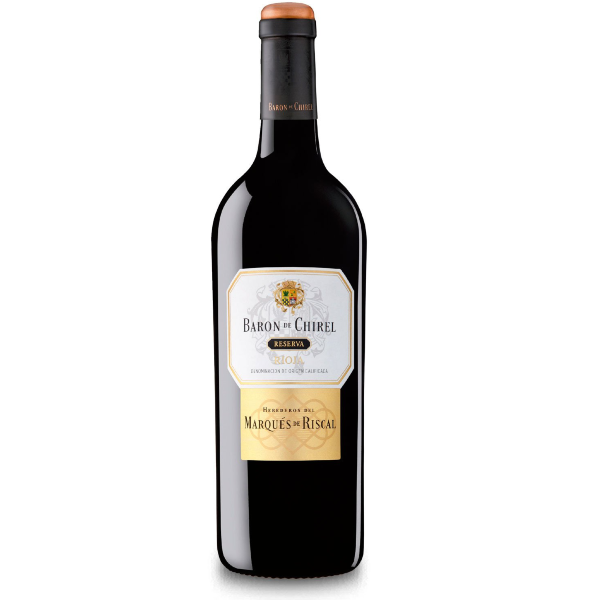 Barón de Chirel Reserva is a modern classic which showcases the identity, tradition and modernity of Rioja.

The first vintage of Barón de Chirel, in 1986, was a response to the growing interest in fine quality Riojas. Since the outset, Marqués de Riscal has had very close ties with the winemaking methods of Bordeaux. At around that time Marqués de Riscal was working with a consultant named Professor Guy Guimberteau, successor to Émile Peynaud, who in his Bordeaux oenological training also had Francisco Hurtado de Amézaga as a student. Later, in 1997, Paul Pontallier, director general of one of the five Bordeaux premiers crus, Château Margaux, also joined. From this relationship sprang the idea of making an experimental wine which would revive the grandeur of those mythical Médoc Reservas brought right up to date with the technology and resources of the 20th century.

Vines aged between 80 and 110 years’ old were selected, with very low yields and better quality grapes. The wine was only made in the best vintages when the vines express the full character of the terroir; the “New Era of Rioja” had just begun. Pioneer and precursor of what would later be known as “high expression wines”. After the success when it first broke into a market hungry for fine quality wines, an endless procession of wines began to appear in the wake of Barón de Chirel, enjoying great prestige among the most discerning consumers